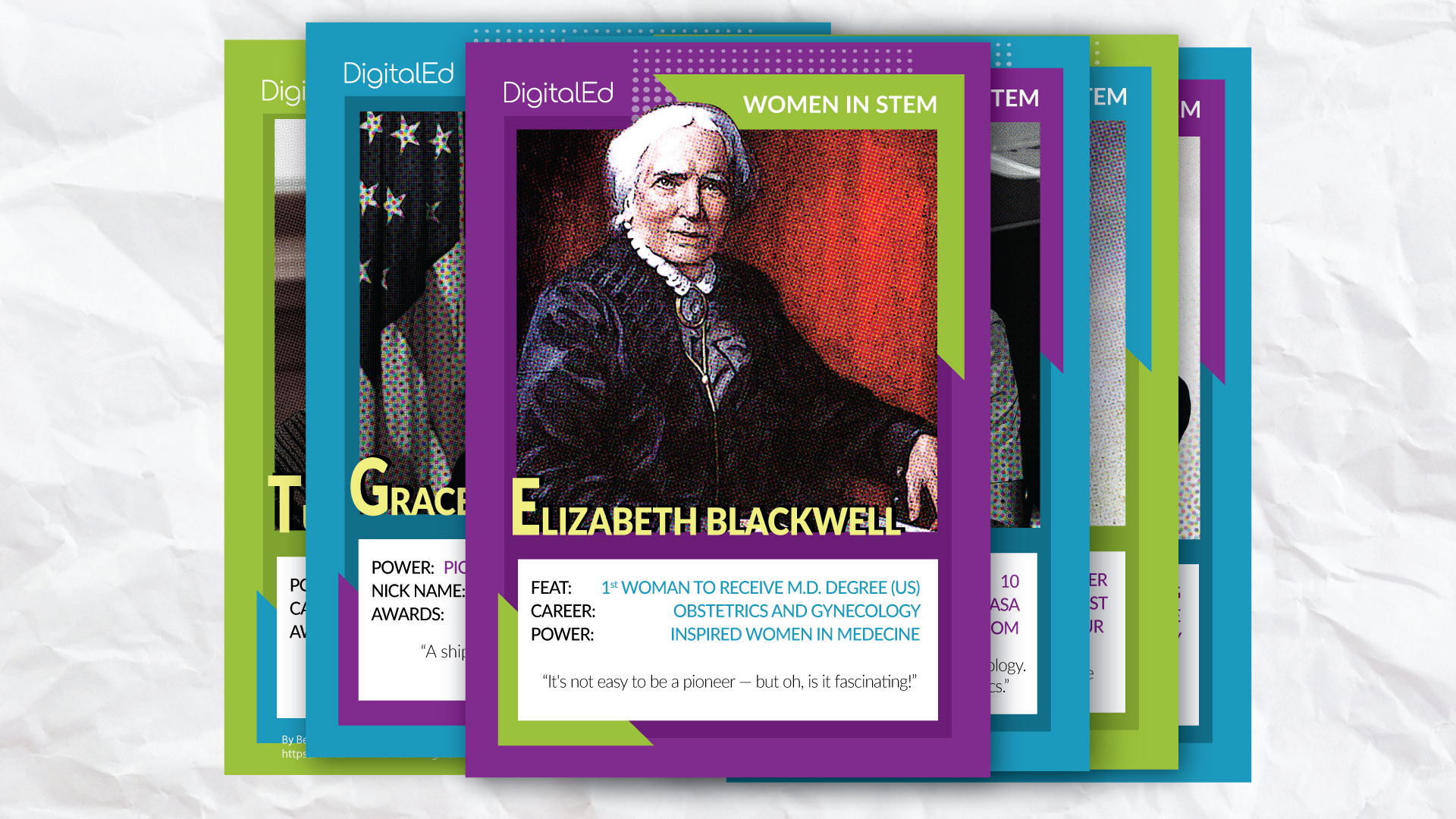 Women were not always widely accepted in the medical field, leaving licensed physicians in America as a male-only arena. That is of course until our feature today made the decision to pursue an M.D. degree.

“It is not easy to be a pioneer – but oh, it is fascinating!”
– Elizabeth Blackwell

Dr. Elizabeth Blackwell was born near Bristol, England and moved to Cincinnati, Ohio at the age of 11. Shortly after, her father passed away. In need of money Elizabeth, her eldest sisters, and mother began teaching.

It wasn’t until a friend with poor health suggested that her situation would have been better had her physician been female, that Elizabeth considered a career in medicine.

When applying to medical schools, Elizabeth was rejected numerous times before being accepted into Geneva College.

The beginning of her education was no easier than the application process. She was left out of labs and segregated from the other students during lectures, and the locals evaded her for going against the expected role of a typical woman.

This didn’t last forever though, as she proved her skill and determination and graduated first in her class in 1849.

The years after school played similar to her educational career. Facing rejection and the need to prove herself more so than her male counterparts. Elizabeth worked hard to make a name for herself and make a difference in the medical world.

Determination pushed her forward, and in 1853 she opened her own clinic, which later became the New York Infirmary for Women and Children, and gave other female physicians a place to practice medicine.

Elizabeth said it “It is not easy to be a pioneer”, but thankfully all our women this week have helped pave the way for the women in STEM today.

Want to learn more about this medical pioneer? Check out the links below: