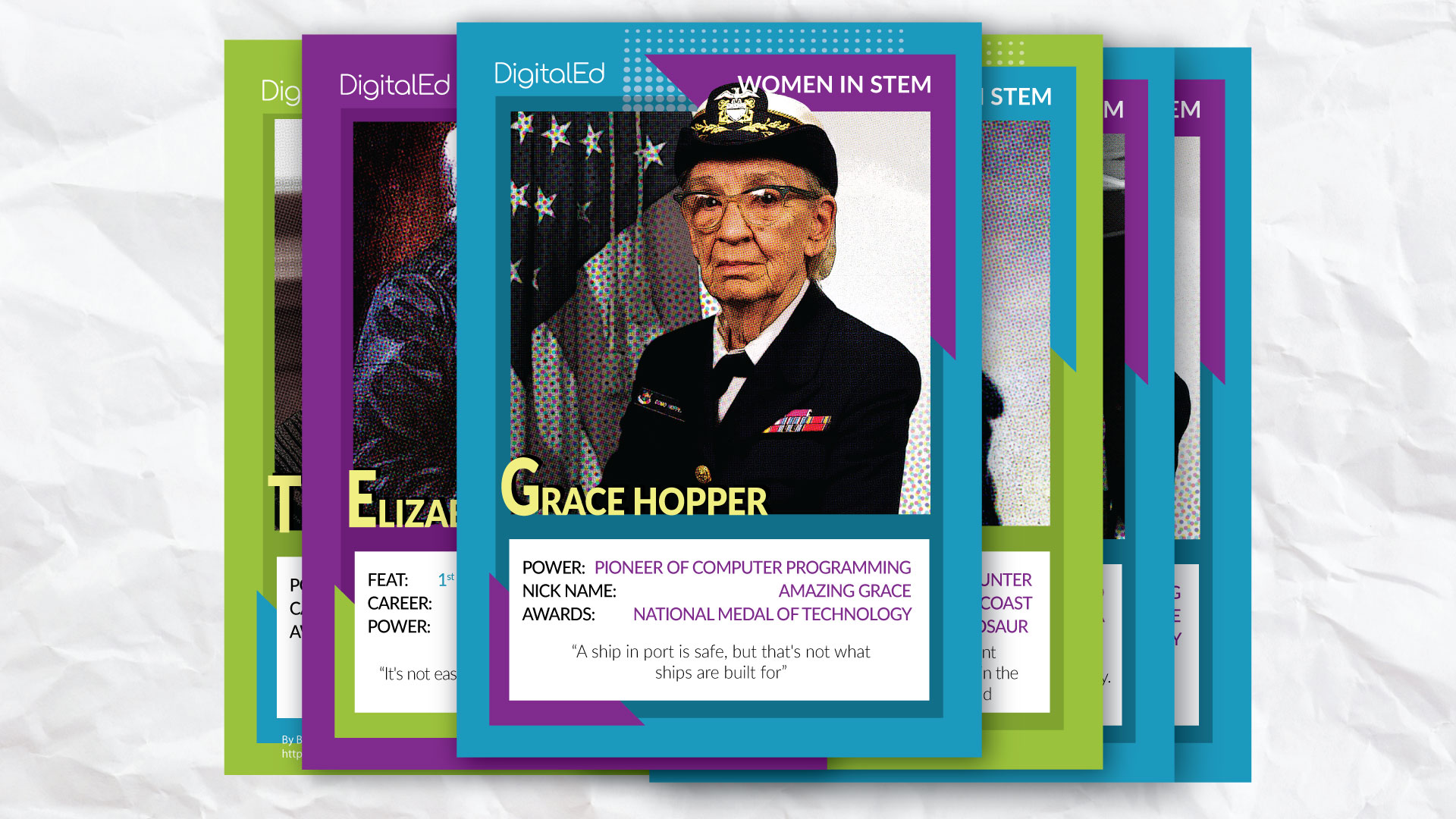 Day #3 of our #WomenInSTEM is here, and today spotlights another famous woman who has made significant contributions to her field in STEM.

A woman close to our own hearts at DigitalEd, Grace Hopper was a pioneer in computer programming and software development.

“A ship in port is safe, but that’s not what ships are built for.”
– Grace Hopper

With such an impressive educational background for a woman of her time with a Master’s Degree and Ph.D. in Mathematics from Yale University, this alone places Grace in high esteem. Of course, as you may know, this was only the beginning of “Amazing Grace”.

While obtaining her Doctorate, Hopper began teaching Mathematics at Vassar which she continued for 12-years before acquiring a leave of absence to join the United States Navy Reserve during World War II.

Upon completion of her training, Grace was placed into the Bureau of Ships Computation Project to work on the IBM Automatic Sequence Controlled Calculator. Here Hopper worked on top-secret calculations crucial to the success of the war.

Hopper continued to work on the MARK II and MARK III computers after the war ended under Navy contracts, but after 6-years relocated due to the lack of permanent positions open for women.

Still working on computers, in 1953, Grace presented the idea of writing programs in words rather than symbols. This idea was shot down. Not being discouraged, she continued to work on this project and 3-years later her team was running the first program language to use word commands.

Retiring at the age of 79, as the oldest serving officer in the U.S. armed forces, she continued her work in the digital world in Public Relations.

One year prior to her passing, in 1992, Grace was awarded the National Medal of Technology by President George Bush. Making her the first woman to earn the nations highest technology award.

Only a brief overview of the long life of this impressive woman, Grace Hopper has shaped the way that computer programming is done today and become an excellent role model for girls and boys alike.

Check out the links below for more information about this program pioneer: