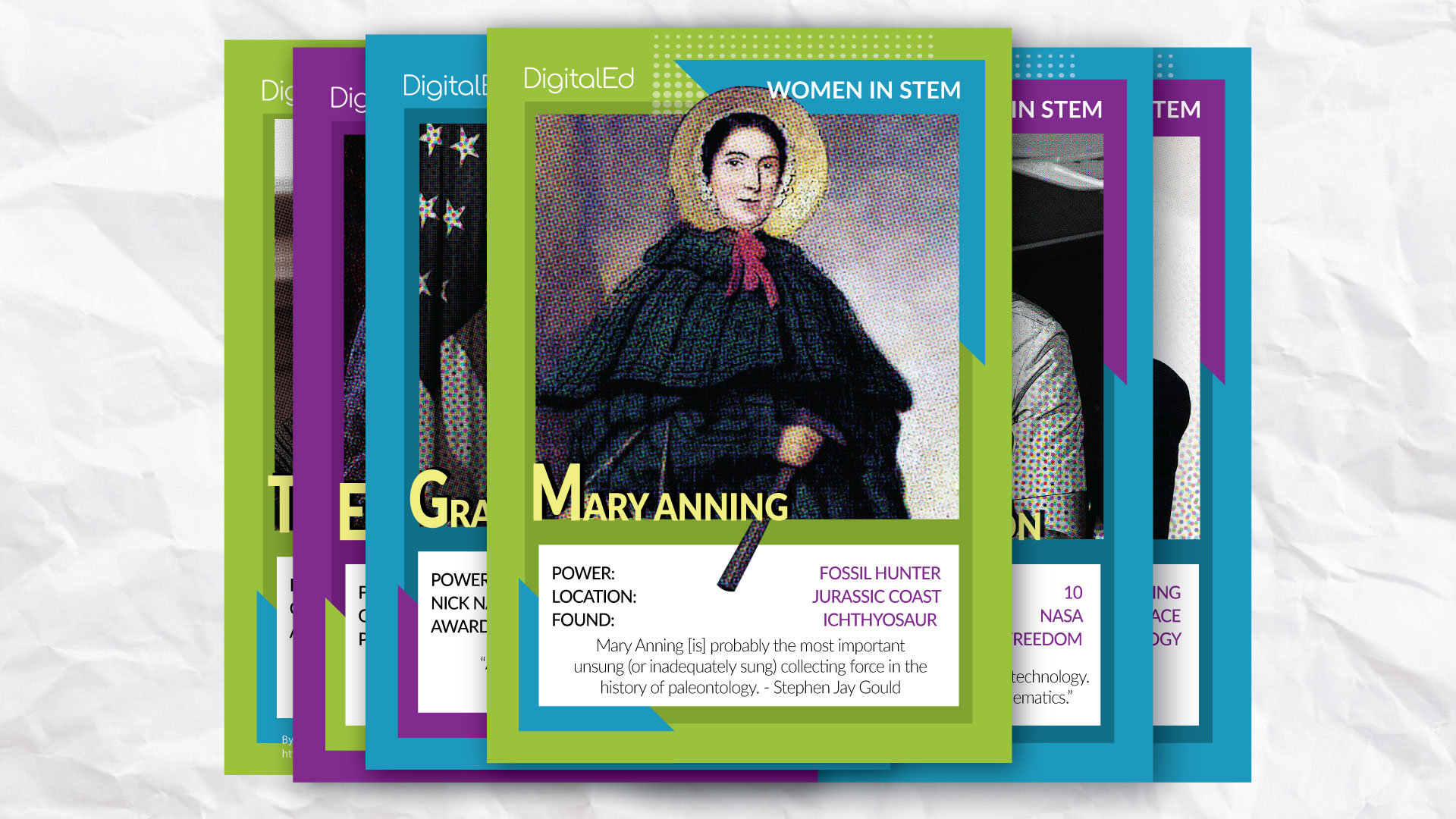 If you haven’t had a chance to read our Day #1 feature, Katherine G. Johnson, check it out.

“Mary Anning [is] probably the most important unsung (or inadequately sung) collecting force in the history of paleontology.”
– Stephen Jay Gould

Born into a home with little money, on the coast now known as “Jurassic Coast” in the UK, Mary Anning began fossil-hunting in order to bring in extra income by selling her findings to tourists. At the age of 11, Mary’s father passed away, making their discoveries and the income it brought even more important.

Near the end of 1811, one year after their father’s passing, the Anning siblings discovered the skeleton of an ichthyosaur, which was the most intact fossil of this species at the time. Despite this find and the payday that came along with it, the Anning’s still continued to struggle financially for many years and received no published acknowledgment on their discovery when the research paper about the fossil was released years later.

Taking it upon herself, she taught herself the skills she needed in order to make a name for herself in the world that would later be known as paleontology.

Almost 10-years after her first discovery, when the new world of paleontology was booming, things had begun to improve for Mary. Although there were still skeptics, she was finally getting some credit for the work she had poured her heart into.

Mary’s biggest break came when she made the first discovery of a full Plesiosaurus fossil.

Mary continued to make monumental discoveries that have shaped the world of paleontology until she passed away in 1947. As of 2010,  Mary Anning has been identified as one of the ten most influential British women in the growth of science.

Interested to learn who we’ll be featuring tomorrow? Stay tuned for another exciting day in our #WomenInSTEM week!

To learn more about this unsung hero, visit the links below: